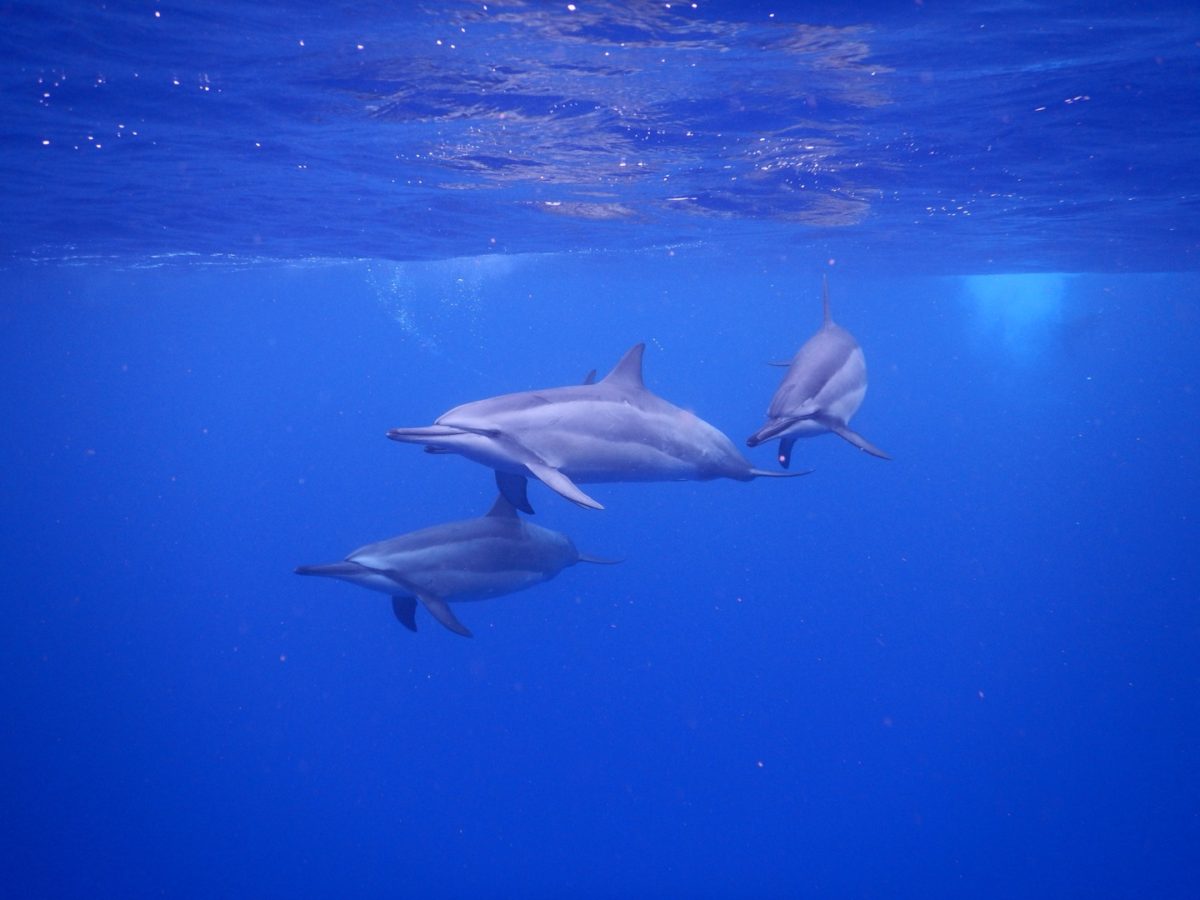 On a warm and sunny Sunday morning (23 Oct 2016), we decided to go to the beach that the locals call ‘Two Step’ (because of the steps carved into the rock at the water’s edge) since we had heard from a local Hawaiian artist that dolphins like to sleep there, and the gorgeous reef was an added bonus.

We could see tons of dorsal fins right off the reef in the middle of the small bay. “Get that wetsuit on faster!” I thought to myself. Surprisingly, it was almost eerily quiet when we finally slipped into the water… 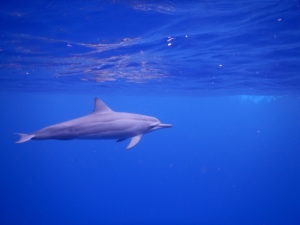 To our surprise, we could see an entire pod of dolphins swimming in a funnel formation in the deep water in the middle of the bay (maybe 50-60ft, 18m). Countless groups of two to 10 dolphins swam slowly (as if in a trance) all circling some imaginary middle point as they half slept. The groups pumped their tails slowly to the surface to grab a breath of air before swimming down again to the depths. 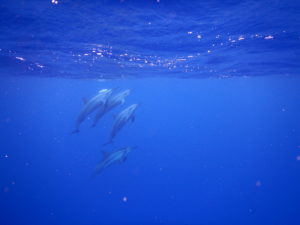 It was a surreal experience to have the dolphins surfacing all around us! In total, there were probably about 200 dolphins!! We even saw a few baby dolphins! So cute! They were the first ones to wake up and start making little squeaking sounds. Gradually, over the next hour, the rest of the pod woke up and soon the water was alive with their chatter. It was so cool to hear all their clicks, whizzes, and whistles from under water! 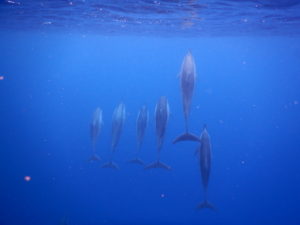 You could see some of the adults take speed under water and burst through the surface spiraling into the air. That’s how we figured out we had a pod of spinner dolphins all around us!

Absorbed, we waited and watched in the water until all the dolphins left the bay before making our way to shore to warm up and eat lunch. We looked at the clock when we got out and saw that we had been in the water for roughly three hours! 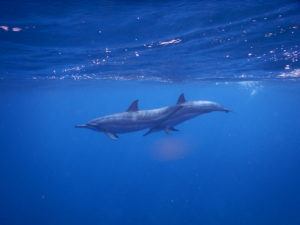 What an amazing day Under the Sea!! …And the day wasn’t over yet, we had a luau to look forward to!