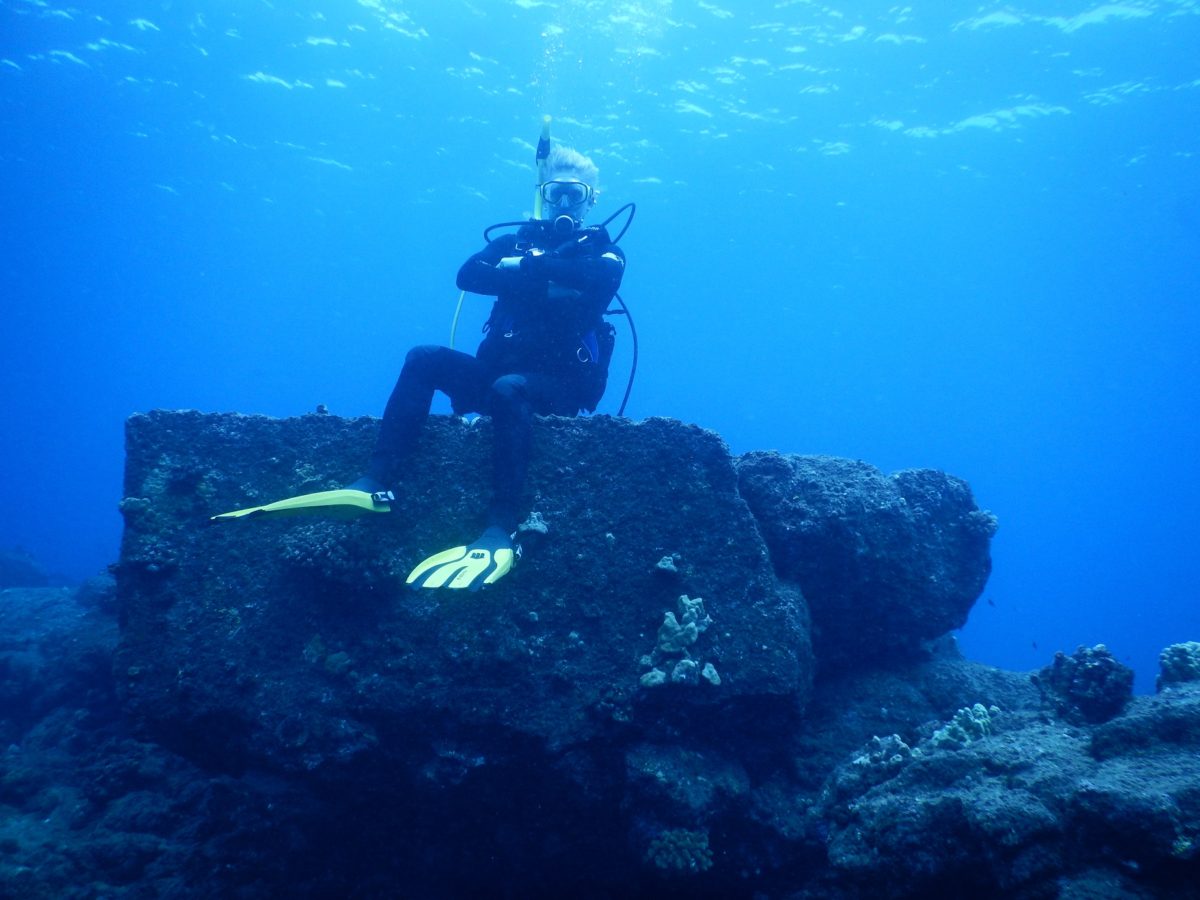 There are underwater lava tubes off the southern coast of Kauai that are just waiting for you to dive them!

If you follow the reef out from Koloa Landing on the left side, and surface swim for about a 1.5km (bring a dive flag buoy to warn passing boats), then you’ll find the dive boats’ mooring buoys for the lava tubes about 5m under the surface! 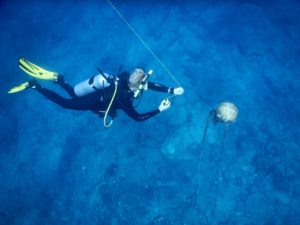 Luckily for us, we saw the dive boat offshore and had a reference point to swim to. It was quite a swim, however it was a fun challenge and was really worth it! We actually saved $300-400 by swimming out ourselves, instead joining the dive center’s trip. Plus (the best part) we could explore the dive site by ourselves in peace! 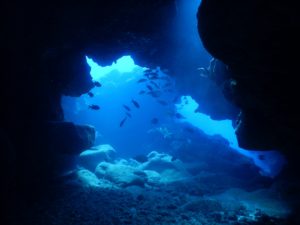 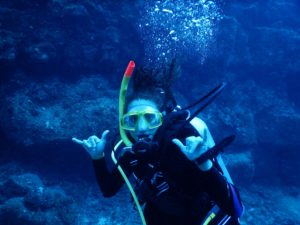 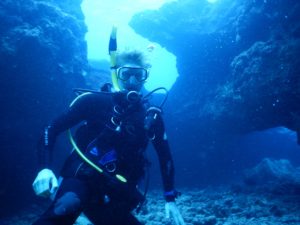 Swimming slowly through the tubes we disturbed the not-so-skittish fish in the dim blue light. 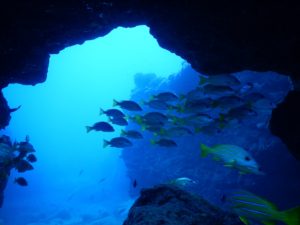 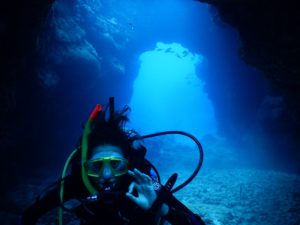 Turtles had made the caves their home too. I had a slight feeling that we were being watched…when we rose out of the tubes my suspicions where confirmed! A huge turtle appeared from within a crevice, and rose to the surface to take a breath! Another turtle really wanted to say hello. He came right for us! 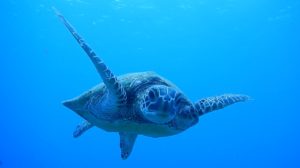 Swimming through the tubes (video, 49 MB):